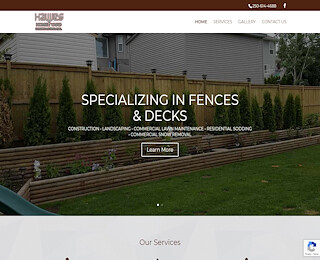 3 Benefits Of Landscaping In Prince George

The structures, plants, and other similar features you place on your property have positive impacts that transcend physical appearance (of your home) alone. Physical appearance matters a lot, obviously. However, there are other more important reasons why landscaping is so relevant in today’s society. This will in turn reduce the time that that property would be in the market. And the property could be bought at a better prize because of landscaping. This means more money for the property owner(s).

And to help shed some light on the concept that is being discussed, here are some of the benefits of doing landscaping:

1) Landscaping increases the value of a property: it is a great way to increases the attractiveness of a property which will in turn increase its value to prospects who want to buy a home. Since landscaping in Prince George improves the appearance of your home, it would make it more admirable, literally speaking. It is often a selling point for a home because a well-manicured property is very appealing. The buyer knows he/she would feel a sense of pride, if the home is bought off the market. This is one of the major advantages of landscaping in Prince George.

2) Functionality: it would allow you to make better use of the land. The plants do help define the space for leisure and other relevant uses as you structure and grow them. For example, a patio would create an area that is functionally designed for dinning outdoors and entertainment uses. You could plant flowers or grow vegetables in a raised bed for the purpose of improving the look of the house or home. And energy cost is not left out of it: It could reduce energy cost inside the home.

3) Positive environmental impact: the impact of landscaping on the environment could be easily seen as it protects the environment: the incorporating of natural habitat into your landscaping or the planting of native plants. Since those plants require less care and water and happens to grow naturally, there is little or no cost for maintenance.

And one of the major ways that they have huge positive impact on the environment is through the use of carbon dioxide. Since photosynthesis does the opposite of respiration. In another words, they absorb carbon dioxide (a poisonous and greenhouse gas that is scientifically proven to increase global warming and other adverse effects which cause sea level rise among other things) and produces Oxygen which is needed for human survival.